We do things differently in Louisiana, and those differences aren’t just in our cooking, our music, and our accents. Louisiana’s laws are different from the laws of other states, and we use different words for legal concepts. This can be confusing to a nonlawyer because books and magazine articles designed for a national audience will use the terms commonly used in other states. Some of the articles on this website come from the American Academy of Estate Planning Attorneys and those articles may use terms that are common in other states.

The South Louisiana Elder Law team works hard to make sure our clients don’t get confused by legal terms, whether those terms come from other states or from our own Louisiana Civil Code. We can parlez Louisiana estate planning and we will take the time to explain complicated and confusing terms in plain language. This is a short list of Louisiana terms that can cause confusion.

In other states, the term “civil law” distinguishes between the laws that govern the behavior of individuals and punish certain actions as being a crime against the state (“criminal law”) and the laws that govern the family and property relationships between individuals (“civil law”). However, that is not what we are talking about in Louisiana estate planning and property law. In Louisiana estate planning and property law, the term “civil law” refers to an entire system of law based on legal theories and analysis developed in southern and central Europe over many centuries. The Louisiana Civil Code is based on laws and legal scholarship that can be traced through France, Germany, Spain, and Italy all the way back to the Romans.

The laws of England have a different historical background from the laws of southern and central Europe. Over time, the English began calling their legal system “common law” to distinguish it from the mainland European tradition of “civil law.” English “common law” formed the basis of the laws of the thirteen original states and as the United States grew, new states generally adopted the laws of older states. In Louisiana, we describe the laws of the other 49 states as being based on “common law.”

The technical term for a gift in the Louisiana Civil Code is “donation.” Under the Civil Code terminology, the person who makes the gift is called the “donor” and the person who receives the gift is called the “donee.” The Civil Code articles on donations include rules governing both “Inter Vivos Donations” and “Testamentary Donations.” Gifts a person makes while alive are called “inter vivos donations.” Gifts made by document that takes effect after a person dies are called “testamentary donations” and the document a person signs to make donations after death is called a “testament.” So, in Louisiana, we have “testaments” instead of “wills” but it is common for lawyers to talk about preparing a will instead of using the technical word “testament.”

These are the terms used in other states for someone appointed by a court to manage the property or person of a child or an incompetent person. In Louisiana, the legal term for a person who has care and management of a minor is the “Tutor” and a person who is in charge of an adult who has been declared incompetent is called the “Curator.” In Louisiana, Brittany Spears would have been fighting with her “curator” instead of her “guardian.”

The person who inherits property under state law. In Louisiana, “successor” and “legatee” are the proper legal terms for a person who succeeds to the property after the death of the owner. However, Louisiana lawyers usually use the term “heir” because that is a word most people understand.

The Louisiana Civil Code has a large set of Articles dealing with situations where one person acts on behalf of another person. These Articles use some unfamiliar terms like “representation,” “procuration,” “mandate” and “mandatary” to describe what many people, including lawyers, call a “Power of Attorney.”

In other states, this is all part of an area of laws called the law of “Agency” and the person acting on behalf of the “principal” may be called the “agent” or the “attorney-in-fact.” Despite differences in terminology and underlying concepts, the way Louisiana laws work is pretty similar to how things work in other states.

This is a confusing term for a document that is executed by a person called the “principal” to designate someone who can act on his behalf in certain matters. It would be less confusing if everyone used the terms “principal” and “agent” because most people have a general idea of what an “agent” is and does. The technical term for an agent in Louisiana is a “mandatary” so using the Louisiana term doesn’t add much clarity to the situation.

The important thing to know is that a well-drafted Mandate or Power of Attorney is a key part of a well-planned estate because it can control who will manage your business affairs and healthcare affairs if you become unable to manage them.

In Louisiana, the term “probate” is technically used only to describe the procedure of proving that a testament is genuine and the court proceedings involving transfer of property from a deceased person to heirs is referred to as a “Succession.” (This fits with the concept of having “successors.” The successors succeed to the property of a deceased person by the legal process called a succession.) However, most courts in Louisiana have a “Probate Docket” and Successions, Tutorships, Curatorships, and similar proceedings are filed with the Clerk of Court under the Probate Docket to distinguish them from other kinds of lawsuits. In most courthouses, the Probate Docket matters have different filing numbers and may even be kept in a different part of the courthouse than all other civil lawsuits. This is one reason many people, including lawyers, often use the term “probate” to refer to everything related to Successions.

Learn the facts about Medicaid and how you can qualify for benefits that will protect you, your loved ones, and your hard-earned assets.

Discover Asset Protection and VA/Medicaid Benefits that you may be eligible for. 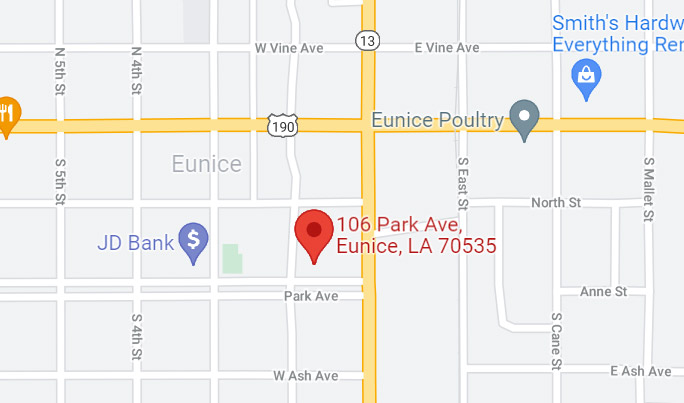